Trick of the Trade: Clearing the Clogged Feeding Tube

Obstructed feeding tubes are a common complaint in the ED.  In the past, I tackled this problem with an attempt at flushing with a 60 cc slip tip syringe which usually left everybody in the room wet after the pressure eventually exceeded the connection to the feeding tube.  There’s also the Coca-Cola trick, and a few medical grade solutions designed to dissolve tube feed obstructions.

Sometimes these things worked.  A lot of times they didn’t and we ended up either replacing the tube in the ED or putting in a temporary NG or transpyloric tube until they could be seen by their surgeon.

Last night I was confronted with a similar problem and my nurse Robert showed me his easy trick to clear the clogged tube (that anecdotally for him has had a high percentage success rate).  This is how he does it, and how we did it last night…

Step One:  Attach a tapered luer-lock foley catheter adapter to a 3 cc syringe.

Step Two:  Hook this apparatus up to the end of the feeding tube.

Step Three: Push hard and steady and usually, all of a sudden the obstruction will clear and flushing the tube will be a dream once again.

For some reason, the smaller syringe and the tapered adapter creates a lot more force with a lot less effort on your part.  Plus, the apparatus will likely not explode and rain down tons of sterile water on you and your patient.

3 thoughts on “Trick of the Trade: Clearing the Clogged Feeding Tube” 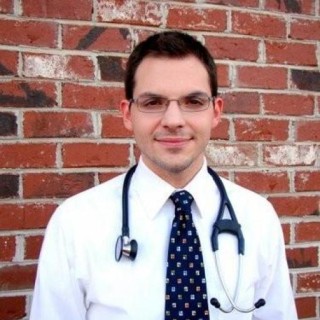